In response to recent COVID-19 concerns there are no in office appointments at this time. All patient appointments are being conducted via a HIPAA complaint (Doxy.me) telepysch site. Routine questions can be answered through the patient portal, email or phone during regular office hours. Stay safe!

Would you like to switch to the accessible version of this site?

Don't need the accessible version of this site? 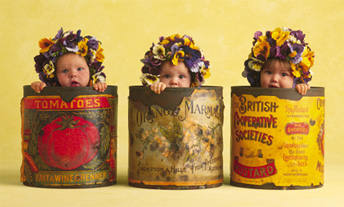 Before beginning any treatment you will likely have questions. Many mental health issues are profiled in the media. Often medications are discussed and eventually advertised directly to you “The Consumer”. This often brings up concerns you may want to discuss in your evaluation.
Frequently asked questions include:

It is important to find as much information about your condition and treatment as possible. The treatment pages will give a brief over view of what is currently available.

Part of your evaluation involves determining the best course of treatment to address your concerns. Psychiatrists use medications to treat a variety of conditions. Medications effect patients differently. It is very important to have regular follow up concerning the course and progress of your treatment. Your input is essential to achieve an optimal outcome.

While they are effective at treating depressive disorders, these medications have uses beyond treating depression. Many are used to treat Anxiety Disorders such as Panic Disorder and Obsessive/Compulsive Disorder even Attention Deficit/ Hyperactivity Disorder.

Over the past 15 years Antidepressants have become the preferred medications to treat a variety of anxiety disorders. Other medications used include:

Many of these medications were originally used to treat seizure disorders. The newer atypical antipsychotics have benefit in treating mania. Studies have shown benefit to patients who deal with Bipolar Disorders in both manic and depressed states, Treatment-Resistant Depression, Impulse Control Disorders. Included here are:

The “ non-benodiazipine benzodiaezipine”—it acts to promote sleep while minimizing the “hang over” some people feel from other sleep aids. Included here are:
· Ambiem zolpidem, Lunesta eszopiclone

It is also important to observe good sleep hygiene like regular bedtimes, limiting alcohol and caffeine, limiting activity around sleep times. Keeping your room slightly cool and dark. Only sleep in your bed: don’t work, watch TV, talk on the telephone, cell phone, computer or eat in bed.

These are used to treat ADHD or Attention Deficit/Hyperactivity Disorder in children and adults. They also have a role in the treatment of Depressive Disorders and some Sleep Disorders. Included here are:

These medications are used to treat ADHD but act differently. They are found in other medication classes:

Substance Abuse Treatments:
Used to treat problems with alcohol and opiate abuse and dependence and abuse.

Non-Pharmacological Therapies:
These therapies represent both old and new apporaches to treatment. Some are still experimental.

· TMR: Transmagnetic Resonance Imaging is mostly still performed in tertiary or research hospitals, but does have positive effects mostly for depression.

This category includes some treatments with proven benefit.

Used to treat depression, often Seasonal Affective Disorder “SAD” these boxes can be purchased from on line sites.

While popular as a “natural” treatment, these compounds may or may not have documented benefit. The full effect of these compounds has not usually been studied and concentration of active ingredients may vary widely between products.